A conversation of blowing, rhythms and voices, between commemoration and mystification

The piece « Funeral Sentences » written by Gerard Pape (who will be 60 in 2015) works as a central musical point in the program. As strange as commemorative, this trio is an attractive lament, which, from the musical side, works on interesting colors of sounds, mixing different striking instruments with two equal feminin voices.

In « Invocation VI », the voice is this time playing almost an instrumentalist role. The precision and the complexicty of the musical textures seem to transform the two players in mystic magicians, invocating the black spirits to fall down from the clouds.

And having a look exactly into these « Schwarze Wolken » might show us another strangeness, a world of dream and invisibility, forgetting the Earth’ attraction, reprensented as well in Denisov’s solo vibraphon piece as in the Holliger duo « Schlafgewölk », part of his « Turm-Musik ».

These energies drifting between humans and uncontrollable powers, will be used as an inspiration for the new composition «Zigzag de langues et big bang de baguettes » (tongue’s zizgag and stick’s big bang), commissioned to Julien Mégroz, especially for this project. Based on George Aperghis’ texts taken from his book « Zig-Bang », this last piece will work as a paraphrase of the human talent of turning any situation into a dangerous and risky game. Refering to the behaviour of our society, the conversations, getting more and more messy, between the singers and the two instruments, will make them forget where and who they are. They will constantly switch roles but at the end, the musician might wake up and ask « was I enchanted ? » (JM)

First performance in Zürich, April 2015, with following concerts in Basel and Romainmôtier, between April and November 2015 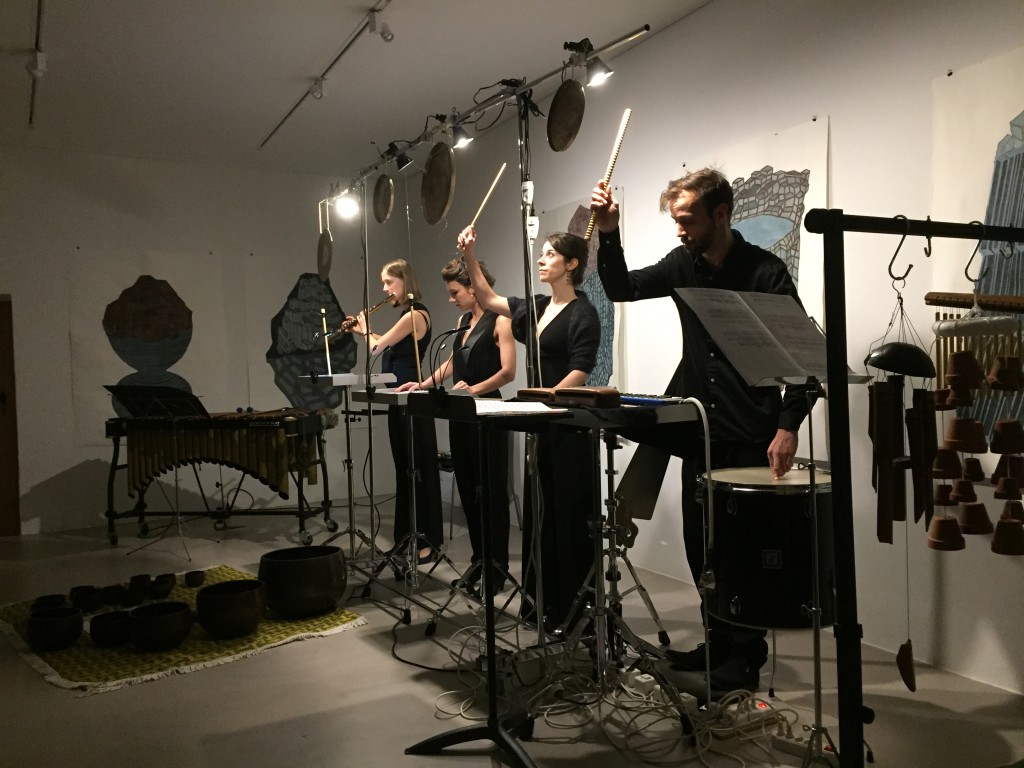 This project received support from: